The very first application that you file establishes an internationally recognised priority date. The priority date is effectively the earliest date from which the invention that is described in the application is recognised and judged for meeting the requirements of patentability, such as novelty and obviousness. Most countries operate on a first to file principle, so this means that the priority date is treated as the date the invention was made. For the purposes of the application process, many deadlines run from this initial priority date. That is probably a discussion to be had in another article, though.

The priority date is internationally recognised under a treaty called the Paris Convention. What this means is that you can file first in one country that is a member of the Paris Convention and other contracting states will recognise this priority date as if it had been filed in their own country. This is what we call ‘claiming priority’ and allows for applicants to file first in their home jurisdiction and then up to 12 months later either overseas or via an International (PCT) application.

So, does it matter where you file your first patent application?

This important decision can be a matter of perception. For example, I have heard it said by smaller companies that North American investors tend to look more favourably on a US priority date - a so-called US provisional filing - than one in another country probably because it is more recognisable to them. However, there are advantages to filing in the UK first, mainly because you can pay for a relatively cheap prior art search to be carried out within the priority year by the UK Intellectual Property Office which can give you an idea about patentability before filing internationally. Some other European countries offer similar searching facilities within the priority year if you file in their local language, such as Belgium, the Netherlands and France.

It is important to note that local laws may restrict where you can choose to file first. In some countries such as the US, China, France or India there are laws that require an invention made within those countries to be filed first in that jurisdiction. This is followed typically by a short length of time until a formal foreign filing approval is issued, usually a month or two. This is intended to prevent sensitive technologies being disclosed internationally before the local authorities have had time to review them. The UK has a somewhat more liberal approach and requires a first filing in the UK only for defence or nuclear technologies.

Choosing where to file first to establish your priority date can be a matter of convenience, legal requirement, perception or strategic importance. It is worth discussing all of these concepts with your patent attorney before you file because at the very beginning of the patent life cycle such decisions can have quite profound legal or commercial impact later on.

Get in touch with Dev if you need advice on where to file your first patent applicaiton, or if you need any other advice about patents.

Continue reading about Where should I file my first patent application? 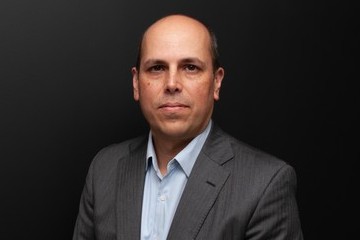